Before reading this please understand this is my opinion. I am all about dialogue and discussing sensitive topics. This is one of many reasons as to why I love this country that I live in. Many of you may not agree with my stance, just as I won’t agree with yours. However, I respect your opinion and you should respect mine.

Unless you have been living under a rock the past two weeks, you have all heard the story of, Colin Kaepernick (San Francisco 49er backup QB). He decided to sit down during the National Anthem. After the game he said:

“I am not going to stand up to show pride in a flag for a country that oppresses black people and people of color,” Kaepernick told NFL Media in an exclusive interview after the game. “To me, this is bigger than football and it would be selfish on my part to look the other way. There are bodies in the street and people getting paid leave and getting away with murder.”

“This is not something that I am going to run by anybody,” he said. “I am not looking for approval. I have to stand up for people that are oppressed. … If they take football away, my endorsements from me, I know that I stood up for what is right.” (Source: NFL.Com)

Sports Talk Radio, TV, and the internet has thrown in their opinions. As have countless other athletes, politicians, and celebrities. It has been a topic of conversation every single day. There have been other NFL players that have either sat or taken a knee during the National Anthem.

Veteran’s across our great country even started a hashtag, #veteransforkaepernick. Opinions have been all over the place some supporting him while others condemning him for his actions.

I will be completely honest in that when I first heard the story and read why he did it, I was pissed. I was beyond angry at him for his actions. Why? Because I have a dad that fought in the Vietnam War and received a Purple Heart. I have friends that have served in the Armed Forces. Brothers and Sisters of friends that have served in the Armed Forces. Some have received Purple Hearts and others have given the ultimate sacrifice, their life!

For the record, I DO NOT agree with Kaepernick and his actions. For starters he chose to do it while wearing an NFL uniform. His uniform is part of a team which is part of a league. He chose to take a seat as an INDIVIDUAL while playing a team sport. When you are part of a team YOU are not bigger than the team.

Many athletes have spoken out about social injustices that are happening in this country. Chris Bosh, Dwayne Wade, LeBron James, and Chris Paul all spoke at the ESPYS about what is happening in our country. However, they did it WITHOUT their teams uniforms on. They did it because they have the stage to say something. They did it in hopes to create some sort of dialogue.

Kaepernick’s protest was wrong in the way he went about it. Ray Lewis even said as much, “My only advice to Colin Kaepernick is this,” said Lewis, on Fox Sports1. “I understand what you’re trying to do. But take the flag out of it. Right? I have uncles, I got brothers, who walked out of my house going into the military” with the idea that “I’ll never see you again.” So understand that. I will always respect that part of what our patriotism should be.” – Ray Lewis (Source: sfgate.com)

I have heard many people say that they will stop watching the NFL and any other sport if athletes decide to sit or kneel during the National Anthem. People say that these millionaire athletes should just shut up and stop whining and acting like spoiled brats. So just because they are millionaires they are not allowed to have a voice? They are not allowed to think and say what they want, right or wrong? In todays world who else is going to be able to help change the world in which we live for the good? Athletes and celebrities have a stage that allows them to reach the masses. If people say they should just be quiet then in essence these people are infringing on their right of Freedom of Speech.

Although I do not agree with the way these athletes are protesting by sitting down or kneeling, it is their right to do such a thing. If we begin to set a precedent that only allows certain forms of expression or certain ways of protest then we will have lost everything that our flag stands for. I will not let a few bad apples ruin something that I enjoy watching. My question is this: Do you always stand for the National Anthem while at home watching sporting events? I can assure you that most of you do not.In fact I am guilty of sitting there at home watching someone sing the National Anthem and I know a lot of my friends are as well.

Whatever your stance is on the Kaepernick Saga remember this: We live in a country that ALLOWS us to protest and do exactly what he did. Although it may piss you off or make you uncomfortable, we still have that RIGHT to do it. There are some countries that would not allow such a form of protest. The First Amendment gives us:

Congress shall make no law respecting an establishment of religion, or prohibiting the free exercise thereof; or abridging the freedom of speech, or of the press; or the right of the people peaceably to assemble, and to petition the government for a redress of grievances.

In the end, Colin Kaepernick exercised his right and for that I cannot hold it against him. I think he could of gone about it in such a way that he would not of alienated people. I still think he is a complete douche bag for doing it, but the fact that I live in a country that allows Freedom of Speech is something that I will always be thankful for. Because when the powers that be start infringing upon the First Amendment that is when we all will have lost our great country.

(Sidenote: I would like to petition the government for a redress of grievances, but thats an entirely new blog post)

One thought on “My Two Cents on Colin KaeperNick……”

This site uses Akismet to reduce spam. Learn how your comment data is processed. 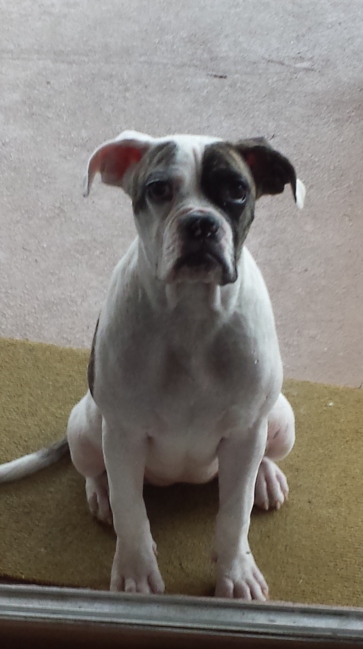 Growing up…. Raider at around 5 months

First week I picked up Raider…… 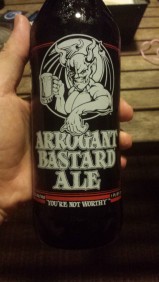 Need to replenish after a workout……

Cooking with a Wallflower
beckydue.wordpress.com/

Learn about Goan and Indian Recipes